Cost
Please email Dan Webb for any further details
Posted by Unknown at 2:27 PM No comments:

The Johnson Park Event (6/8) registration deadline is getting close.

Thanks
Jeff
Posted by Unknown at 12:53 PM No comments: 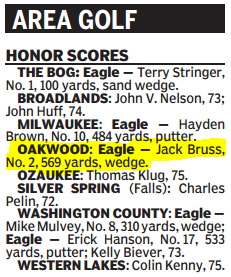 Attention All Chops!!! On Sunday June 1st the Hon-E-Kor Men's Club will invade the "National" for the 1st of our Challenge Matches of the year. We need 24 players to take on the interlopers from the north!! They beat us at their place last year and it's time to return the favor. The format will be 6 holes best ball, 6 holes 2 man scramble and 6 holes singles match play. It promises to be a great time, so let's get signed up!!! Just click on the link on our website and follow the prompts. Their roster is nearly full so let's get crackin!!! Any questions contact me. Hit em straight and keep your balls clean.
DAN WEBB

I happen to love the CBS golf crew, and this commercial makes me laugh every time. Hopefully you guys will find it just as funny.  CBS - The Voice of Golf (Commercial) - Confession

Email ThisBlogThis!Share to TwitterShare to FacebookShare to Pinterest
Labels: Events

Please inform Steve Amble or any of the club offices that you are interested in participating in this event series. You will need to pay a $50 entry fee. Greens fees do need to be paid for each event, the entry fee is used to pay out winnings at the end of the season.

It's your best 4 of 7 rounds based on how you perform in relation to an assigned target score calculated with your handicap index. You can chose what tee box you play from and often get another stroke or two for doing so. It's a fun series!!

Jeff (on behalf of Steve Amble - TOC Director)
Posted by Unknown at 11:01 AM No comments:

Email ThisBlogThis!Share to TwitterShare to FacebookShare to Pinterest
Labels: TOC

I think we had a good day today, the sun is finally starting to show itself and I thought the course was in good condition (I saw enough of it to know this!) albeit a little wet in some places. 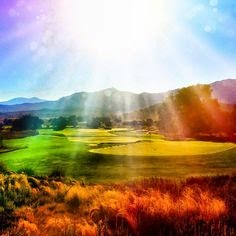 ALL SCORES HAVE BEEN POSTED TO THE WSGA, PLEASE DO NOT POST YOUR SCORES OR YOU WILL HAVE TWO SCORES FOR TODAY.

Top seven NET players cashing (to be paid out at the end of the season)
Honorable Mention
Skins
A special thanks to Dan Webb for helping me get the scores into BlueGolf!

Thanks for making this a great event everyone!

Jeff
Posted by Unknown at 7:26 PM No comments:

Our Second team had a workmanlike day at Brown Deer Saturday, finishing third in the event behind Brown Deer and Greenfield.  It was a tough day with soft wet fairways, no roll, high winds and cool temperatures, although it warmed near the end.  We played lift, clean, and place through the green, which helped, but still it was a tough day to tackle the course.  Brown Deer won the event with 251 points, Greenfield was next with 239, and we took third with 213.  Whitnall took 200 points, and Dretzka, Grant, and Oakwood all finished with 158 or less.  Ten of our guys took 12 or more points, Brian Pederson and Darrell Frenzel leading the way with 22.  Jeff, “I go low everywhere”, Camosy took 20, and Doug Bowring and Steve Jaeger took 19 each.  Mike O’Neil was our medalist with 81, taking 18 points.

A summary of the results is listed below.  Last year at this point in the proceedings we found ourselves in 5th place 67 points behind Grant and 60 behind Brown Deer, so I would say right now we have everyone just about where we want them.

Next up is Grant in just 3 weeks on May 25.  If you like your chances on that track, and you'd like to play, let me know.