Effective as of 5:00pm on October 5, 2014 the following action was taken regarding the election of officers for the 2015 season continuing in effect until such time as votes by the membership or resignation of the individual(s) the following officers were elected;

The only change in officers was the election of Brian Pederson as Treasurer, with this election there needs to be a change in the signatory authority at Associated Bank. All currently authorized individuals on the account should be removed and Brian Pederson should be added as the new official representative of the Currie Park Men's Golf Club.


Currie Park's PGA Professional Scott Walecki would like to start a week night 9 hole golf league that would tee off between 5:30pm and 6:00pm on either Wednesday or Thursday for approximately 12 weeks. This will be open to the public, no WSGA handicap required. Contact Scott at Scott.Walecki@gmail.com or (414) 453-7030.

2015 Match Play - Championship flight will be played Gross, all other flights will be Net.

Email ThisBlogThis!Share to TwitterShare to FacebookShare to Pinterest
Labels: News

Hawks Landing Players,
The weather was cooperative and the course was a really nice one. Most people mentioned they’d like to go back, even if it cost a little more and was during the summer. Click here for the full results: Hawks Landing Results . Highlights are below.

Posted by Unknown at 1:55 PM No comments:

Jerry Loche - Hole in One

"On behalf of the entire Currie Men's Club I'd like to congratulate Jerry Loche on his recent hole-in-one at the Bib Cup Scramble held at Lawsonia on October 11th. Jerry aced the 14th hole of the Links course using a 9-iron on the 125 yard hole.

Hawks Landing Players,
The final sanctioned Currie event will take place this Sunday (10/19) and the first (of four) tee times is 9:40am. Visit the event’s web page for all pertinent details: Hawks Landing Event Page

Here’s some of the highlights
See you on Sunday!
Posted by Unknown at 1:50 PM No comments:

Currie Men,
Our last official event of the season at Hawks Landing is on Sunday, 10/19 and the registration deadline is this coming Monday, 10/13, at 5pm.

Currently 10 people are registered, get signed up! Hawks Landing Registration Page
Posted by Unknown at 11:21 AM No comments:

Congrats to the money winners:

Posted by Unknown at 4:19 PM No comments: 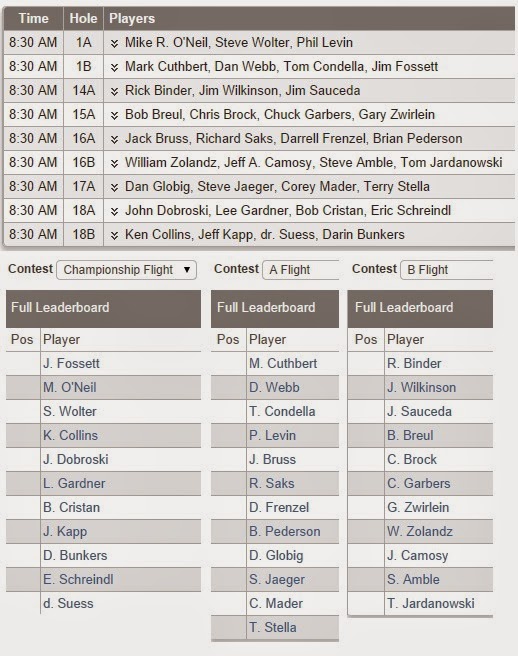